A Parent's Pursuit of Learning is a Powerful Model

So I've been thinking some more, about my question of the other day:


What did we do right as homeschoolers?

And I think that I'm beginning to understand what it was...

Perhaps it's because our family came to the simple realization that "true education," of the ancient and enduring kind, is not something for the school years, K-12, but is for life. And I know that most people give lip service to this concept, but what I mean is that we actually dared to implement it. We decided to totally reject all years of the current prevailing curriculum, rather than simply drop a few years of it and try to fit our children back into the society's educational track. This had great power to enliven the quality of those things we did pursue, because we pursued their study because it was something that we valued. And the unwritten part of this whole approach was to give time and freedom to think, plan and create.

We also believed that, if there was a subject that was valuable for a young person's life of the mind, then it was just as essential or valuable for the parent's. While my husband did not have the luxury of pursuing the study of Logic or Vergil during those years, I did. (And, though he had a desire for the first, he didn't share my desire to pursue the latter! He desired to study more technical subjects which applied to his career, and since he had a very small amount of time, this is what he did.) 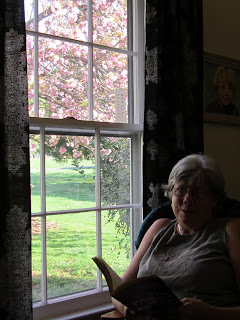 In "The Training of the Orator" Quintilian writes:


I should prefer the parents to have as much education as possible. And I'm not referring to fathers only. For it was Cornelia, mother of the Gracchi, who according to tradition contributed much to their eloquence... Parents who have not themselves had an opportunity for education should not on that account pay less attention to teaching their children; let them for this very reason work all the harder at it.

And so, the modeling of an approach to life and learning was a huge lesson for our sons. But the freeing of concern for what society believed the boys should study gave us time to discuss whatever books we read. To come up with an approach to learning subjects we valued. This allowed the boys to focus like a laser beam on creative projects and discover things that they knew were valuable. Their motivation to learn and read soared as soon as they were away from the compulsion of a curriculum.


Many of these lessons I learned by accident--Providence! ...
Posted by Beth in Mint Hill at 8:23 AM