The Medium is the Disconnect 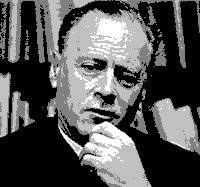 Many years ago, McLuhan said, “We become what we behold. We shape our tools, and thereafter our tools shape us.” And now we have so many tools and gadgets to keep us "connected with others" that we can't keep track of who we are. I am well aware of the irony that I'm using one of these new media to spread my ideas! But here I go.... The plethora of our 'means to connect' has overwhelmed us--they have us all stumbling around and falling into holes. So much for connecting with other humans!

After a lifetime of moving about every three years, we finally have a home, and so I've been unpacking boxes of books that haven't seen the light of day in 30 years! I found my old yellowed copy of Marshall McLuhan's book, Understanding Media, and as I skimmed over the pages I found passages that speak just as cogently today:


Our conventional response to all media, namely that it is how they are used that counts, is the numb stance of the technological idiot. For the content of the medium is like the juicy piece of meat carried by the burglar to distract the watchdog of the mind.

I remember being fascinated by this book, written by the man famous for saying "the medium is the message" and then allowing the typo on the proof copy of this book: The Medium is the Massage remain as the title! As I look at some of my under-linings I begin to realize the relationship of those issues of 'community' I was fascinated by in the 70s relate to our need for integration in education:


The rush of students into our universities is not an explosion but an implosion. And the needful strategy to encounter this force is not to enlarge the university, but to create numerous groups of autonomous colleges in place of our centralized university plant..

I remember being intrigued by many others in the box: The Lonely Crowd by Riesman, The Technological Society by Ellul,  The Culture of Narcissism by Lasch, and The Abolition of Man by Lewis. It was the 70s and I was studying philosophy, sociology, art, literature. I majored in one thing after the other for about seven years, until Grandpa begged me to plug into one major and get a B.A. so that he could see me graduate before he died. My family begged me to major in Math so that I could make lots of money counting it. I wanted to study people and life, and get a degree in the Humanities, but colleges didn't offer this major any more, so I ended up graduating as an English major. 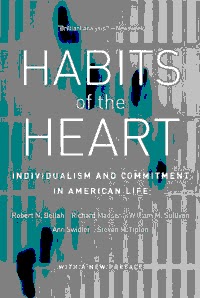 Another book from the box which I discovered later in the 1980s it was my favorite book for that decade: Habits of the Heart by Robert N. Bellah, et al. I remembered how brilliantly it discussed the issue of extreme individualism and the loss of any real community in our lives. But as I skimmed over it the other day, I was surprised to find quotes that were so apropos to our struggles in education today. In its discussion of the problem of fragmentation in our lives:

These developments in the realm of high culture have had devastating consequences for education. Here, particularly in higher education, students were traditionally supposed to acquire some general sense of the world and their place in it. In the contemporary multiversity, it is easier to think of education as a cafeteria in which one acquires discrete bodies of information or useful skills.

Earlier the chapter had quoted a writer who understands the profound disintegration in our society:


The poet and critic Wendell Berry has described the consequences for the place of poetry in a culture of separation and specialization. Since science specializes in the external reality of the world, the poet is consigned to speak about his own feelings. He is himself his chief subject matter and 'the old union of beauty, goodness and truth is broken.'

Another quote about education from Habits of the Heart:


If our high culture could begin to talk about nature and history, space and time, in ways that did not disaggregate them into fragments, it might be possible for us to find connections and analogies with the older ways in which human life was made meaningful.... help us find again the coherence we have almost lost.

And further on in the chapter:


And while our universities are under greater pressure than ever to emphasize pragmatic results--technological achievements and career oriented skills--there are voices calling for a reaffirmation of the classic role of education as a away to articulate private aspirations with common cultural meanings so that individuals simultaneously become more fully developed people and citizens of a free society. Eva Brann has recently given an eloquent defense of this understanding of education in her Paradoxes of Education in a Republic she argues that in education at present the choice is either tradition or technique, and that technique has become far too dominant.

Since it has proven impossible to reform the institution of education at any level, the movement of home schooling is the force that is making a difference in our society. It is one of the few places left in our society where the student can be loved and cared for as a whole person, and therefore trained in true values. Our education system doesn't believe there is a truth to seek. For what purpose does it exist? The post-modern mind does not believe in the possibilities of human communication.

I now see how these books helped form my thinking during my college years and helped me to understand the power of the trivium in education. Because of our American pragmatism and love of technique, it is so natural for us to reduce classical education to a technique. But the trivium is not a technique, it is the union of three aspects of language--an understanding of human communication as a seeking for understanding of life and people, an integrated whole.  And this is a reflection of the ultimate truth of the communion in the Trinity.

I found out a few years ago that Marshall McLuhan was always fascinated by the Trinity and the trivium. Before he ever wrote anything about media, his doctoral dissertation at Cambridge was The Classical Trivium. I see that it has recently been published, so I am ordering it today!